When you make a design decision, understand that there is no single more important guideline to follow than an equal balance of your own intention and the consumer’s situation.

Often, conversations discussing the usability implications of a particular design decision spike on HN/DN, bringing opinions out of the wood work. Whether you are talking about the hamburger icon or whether parallax is a good idea, the opinions of readers shift wildly.

As I said in a recent interview, there is no one guiding factor for design. Design is, in many ways, subjective.

Before you usability engineers jump down my throat and describe the difference between art and design, let me go ahead and stop you. Design and art are not two separate things entirely; instead, art is borne of design. An artist designs a particular piece (be it performance, visual, or purely conceptual) with some kind of intent, even if the intent is to be void of intent. And thus, if the intent of a given piece is to communicate pure chaos, then you must throw away any preconceptions of a design approach.

Do excuse me for my grossly obvious post-modernism spiel. As much of a diversion from common web design this may be, this principle holds: the intended message and identity of a given work, in combination with the context of the intended audience, provide the only valid guide for which a designer may make decisions.

And so we arrive at a good, albeit challenging, framework by which to run our design decisions through.

Take, for instance, the save icon.

Does it make sense to use a hard disk to represent “saving” a document? By purely observational standards, with no context, absolutely not. Hard disks have long been gone. It’s roughly akin to using a typewriter to represent a keyboard. Why, then, do we continue to use the save icon?

The answer is fairly simple: contextually, the disk icon means save (maybe even more than it means “disk”) to most users. Of course, we are moving more towards the symbolic understanding of cloud over disk, but all of this is representation. 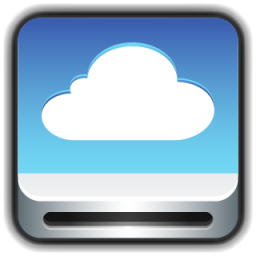 A coworker of mine recently asked me what the “best practices” are for buttons. I found an article explaining some of those, such as being sure that the buttons “look like buttons”, whatever that means - including the need for rounded edges.

I then changed tabs to Facebook, probably to waste some time, and saw that Facebook had indeed adopted a square button.

Someone’s got it wrong, right?

Not necessarily. The truth is, people evolve. Frank Chimero explained this evolution beautifully in his brilliant transcript of What Screens Want, saying that people use things like clouds and disks and trash cans and other representations (he calls this “padding”) to help them grasp what the functionality of those things are. A button in real life is rarely perfectly square, so why would a button in the digital world be square? The answer is relatively complex, but the short answer is, our brains won’t always need padding. We won’t always need to consider things on our screen to be related to things in the real world, and thus we can grasp the squareness of buttons just fine.

Furthermore, Facebook is quite big. You won’t catch me saying that makes them invincible, but it allows them to push usability standards further. In other words, Facebook users want to post a status, and they will probably figure out how to post a status no matter what shape the button is. They are invested, and Facebook can make huge changes to their platform (or rather small ones, as well) without much of a consequential hit on usability or user engagement. How many times have you heard people complaining about how much they hate the “new Facebook”, only to complain again when it changes again? (It always amuses me that the complains show up on Facebook.) They stayed. The posted statuses. They learned to use new feeds and mini-feeds and, believe it or not, square buttons.

And because of Facebook’s relative audience, we can safely assume that people have a pretty good idea how to use square buttons, now that Facebook has trained them.

We can’t safely assume that people can learn anything, just that they can learn many things. I’d argue that a good number of the design decisions in iOS7 were a bit too far of a jump, too much of a drop in padding if you will, for people to keep their grasp. Sure, we all (read: most of us) probably use iOS 7 perfectly fine, but it certainly hasn’t been a seamless transition. Was it a bad design decision? It depends on the intention of Apple, which I think is to continue being the leader in making things that screens want, rather than only things humans are comfortable with. Apple, like Facebook, can break down a few barriers of design without a large backlash. The backlash comes when you design something that simply doesn’t work (like Maps).

I’d label Google Glass’s debut a fairly ineffective launch; it hasn’t done what we as designers wanted it to do. But why? Well, one answer might be that they’re really, really quite awkward to wear for many users. Another might be that they are so unnatural in daily life, that the user couldn’t make the leap to full integration, which is what the device is intended to accomplish. This is a problem solved by time and cultural saturation, most likely, as cell phones and cars and clothing were at one point completely unnatural as well.

Be careful with design decisions by remembering who your audience is, and what your intention is for the thing you are designing.

Written by Jonathan Cutrell, Engineering Manager at Guild Education and podcast host at Developer Tea. You can follow him on Twitter at @jcutrell.