Steal these Startup Ideas: Collection One

I want you to steal these ideas.

Seriously. Make these things a reality.

There have been a LOT of people who have said this in recent years: ideas are relatively of no value. Until someone actually executes and makes them valuable, ideas are about as value-less as dreams.

Okay, sure - the genesis of creativity is an idea. But that doesn’t mean the idea is the thing of value.

For the sake of brevity, I’m going to go ahead and post some ideas here that I have discussed recently, and I will continue to post more ideas in the future. The hope is that someone will take these ideas and execute; I certainly can’t do all of them.

So, my only request is that if you are inspired by these ideas (even if you don’t execute them directly), contact me and let me know. You can find me easily. Google “Jonathan Cutrell”.

Credit actually is due to @taylorleejones for most of this one.

Coffee is one thing almost everyone I know has in common. So much so that many of us have a coffee budget that we write off on our taxes. Subscriptions simplify our lives to a great extent. The idea is simple: create a subscription service that takes advantage of passive Bluetooth at a drive-thru and provides a reliably great cup of coffee any time I want it (24 hours). Heck, you could create learning algorithms to do auto-ordering and preparations schedules. I just want my same coffee, and I want it to be good. And I’d love data on my coffee drinking habits (because I’m a part-time data nerd).

Make sure the coffee is awesome. On the flip side, make it cheap, too. You’re clearly going to trade personal data (think iBeacons) for coffee. Luckily, coffee IS cheap, especially in bulk, so don’t worry about the margins. They’d be silly good, especially if you leverage that aforementioned data well. If people come by who don’t have a subscription, just charge them a flat fee for a cup. Then at the very least, you likely have a viable drive-thru service.

TaskRabbit is awesome. But it doesn’t take advantage of the ultimate scalability model that Craigslist, Ebay, AirBnB, Kickstarter, etc have captured over the years: the crowd is more powerful than the individual. So build a thing that connects people (people means ANYONE) who need something done now and are willing to pay for it with the people (anyone) who are willing to do that thing.

How does it make money? Be the payment service, too. You should easily be able to complete a task and both parties press a button to get paid. Every time someone gets paid, you do too. Make the un-scalable part provide monetary value: vetting. Allow people to pay to become “verified.”

I know almost nothing about investment.

There, I said it.

Perhaps this is because I’ve never received investment money myself, so I’ve never been pressured to learn.

But I do want to invest. Not a lot - just a bit of my money that would otherwise go into savings. And I don’t want to go and meet with a broker, nor do I want to learn everything about stock trading. And honestly, I want to invest in very early stage companies, not huge national corporations.

Not pre-order a product - invest.

(In a dream world, I would also receive tiny bits of equity for these tiny investments.)

Build an iPhone app that lets me throw a thousand dollars at a private startup doing something awesome, and pays me just a little bit when they succeed. I understand everything I need to understand to make a bet. Let me make a bet. (And you take some of that money, by the way.) Make it like Monopoly instead of business school.

Want to know who is looking at your stuff, where they are, and what they want? If you don’t already, you probably will. Alexis Ohanian (yes, I mention him a lot right now) relates people invading our data to someone opening our mailbox and reading our mail. Yes, I absolutely want to know exactly where the packets of information are traveling, and who opens them. If you create a startup that tells me with some level of confidence where my data is and what is being read, when, by whom, I would pay a body part.

This has significant business implications too; think Google Analytics on steroids, plus a private investigator in the form of intelligent algorithms and tracking techniques. The privacy war is coming, and there’s a lot of money in war. If someone is spying on me, I also want to spy on them. This has a lot of physical-world cost in the long run, but whoever owns this will probably own it for a long time. They can also be sure that they will receive a lot of resistance and shutdown requests, so it’s probably wise to do this in a country where the government is… small.

A REAL, widely accepted solution to this: 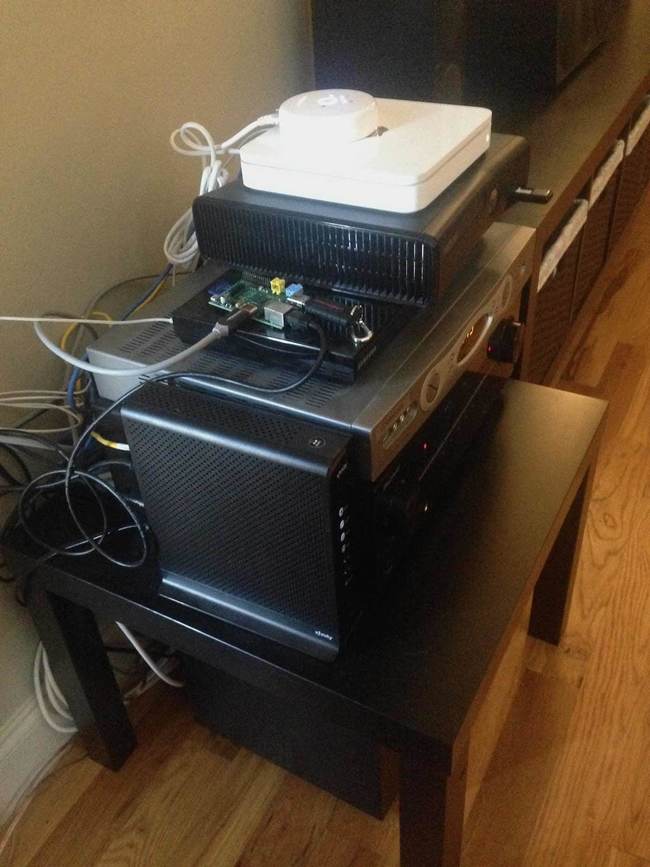 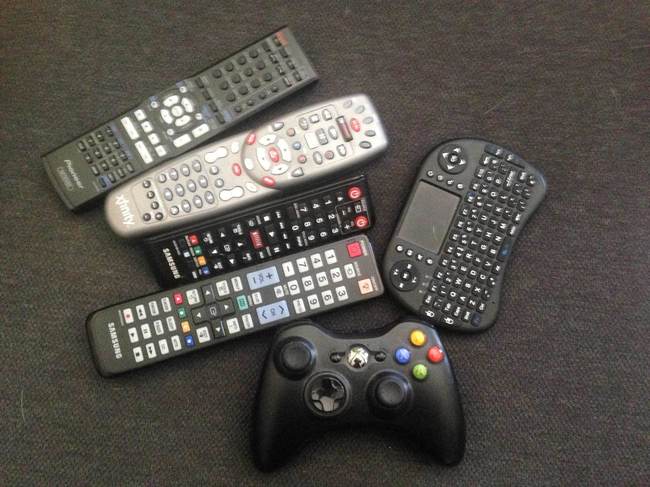 But seriously, how is this not completely done yet? I know the XBox One is heading this direction, but how close is it? I’ll answer your question with a question: when will my Dad buy an XBox One? Now, provide a simple, beautiful solution to the problem of discrete boxes doing discrete things that can benefit from all of the automation and remote-ness (read: not remote control) of the cloud. Give me a way to schedule EVERYTHING.

Give me a way to throw away Comcast’s horrible channel surfing interface. I still want the things cable provides me, like reliable sports - but please, for the love of God, make things look better than TiVo circa 1999. FIFTEEN YEARS, guys. And if you think your one Raspberry Pi with XBMC is enough, then you probably don’t watch sports. And you’re probably not willing to keep paying for cable and Netflix, but I am. Someone make a Nest for my home entertainment system, and I’ll buy. Now, do a deal with cable companies and/or Netflix to be the single solution for any home, and you win the long term game.

I came up with this idea recently when the apartments around mine started having pipes burst, destroying a good bit of their stuff. Let me ask you this: did you update your homeowners or renter’s insurance right after the holiday influx of new Christmas toys? No? Why not? Certainly not because you don’t want to pay to protect your stuff. It’s about the inconvenience of the call to the insurance agent. If only there was a way to take a picture of your stuff and find it in a database, and update your policy to cover your stuff…

I, and many others, would LOVE to add 10 cents instantly to my renter’s insurance whenever I get something new that I’d like to protect. Oh, and by the way - think about the ENORMOUS potential of having the data of peoples' belongings indexed. Give them deals in a trade for their stuff, and ad revenues would be stupid good.

Oh, you have a collection of president bobbleheads? Looks like your missing George W. Throw that in your cart, and we’ll auto insure it for less than 2c a month.

Seriously, why isn’t this a thing already? (I didn’t say all of my ideas were ethically good… they just would make money. For the record, I’d totally use this, but I bet a lot of people hate the thought of it.)

LinkedIn sucks at this, let’s be honest. Sure, it has a pretty decent connection-map for your professional relationships, but have you ever tried to hire on LinkedIn? It’s terrible. And really, there doesn’t seem to be a GREAT solution to the recruiting problem. Maybe that’s short-sighted, but the existing solutions are either old school (phone calls and vague recruiting emails) or are so chock full of horrible fits and spam and people who don’t maintain their portfolios.

Take a cue from high-end dating websites. People who want to get hired will probably pay to put their profile on a curated site dedicated purely to hire matchmaking. If you’re hiring, wouldn’t you love to use a serious matchmaking site for your search to find someone who fits your culture, needs, and budget? Give space to both the hirable people and the hiring people to do the seeking. Develop matchmaking algorithms for personality and job placement. Be vigorous to keep recruiters out, or at least very accountable to not be spammy. Focus on happiness/genuineness and job quality first, money second, and skills third. To jumpstart this effort, make it happen in a niche. Be the ultimate job placement software as a service in the restaurant management market of the southeastern United States.

This is one of hopefully many installments. If you want to take any one of these ideas, like I said, just let me know and then go full-steam ahead. I would want you to succeed, because I would use every one of these things if it was done right.

Written by Jonathan Cutrell, Engineering Manager at Guild Education and podcast host at Developer Tea. You can follow him on Twitter at @jcutrell.